A Conversation with Ruth E. Carter

This event is FREE and open to the public!
Get your tickets now

If you are an individual with a disability and desire an accommodation, please contact Michelle Carter at mdcarter1@vt.edu at least 10 business days prior to the event. 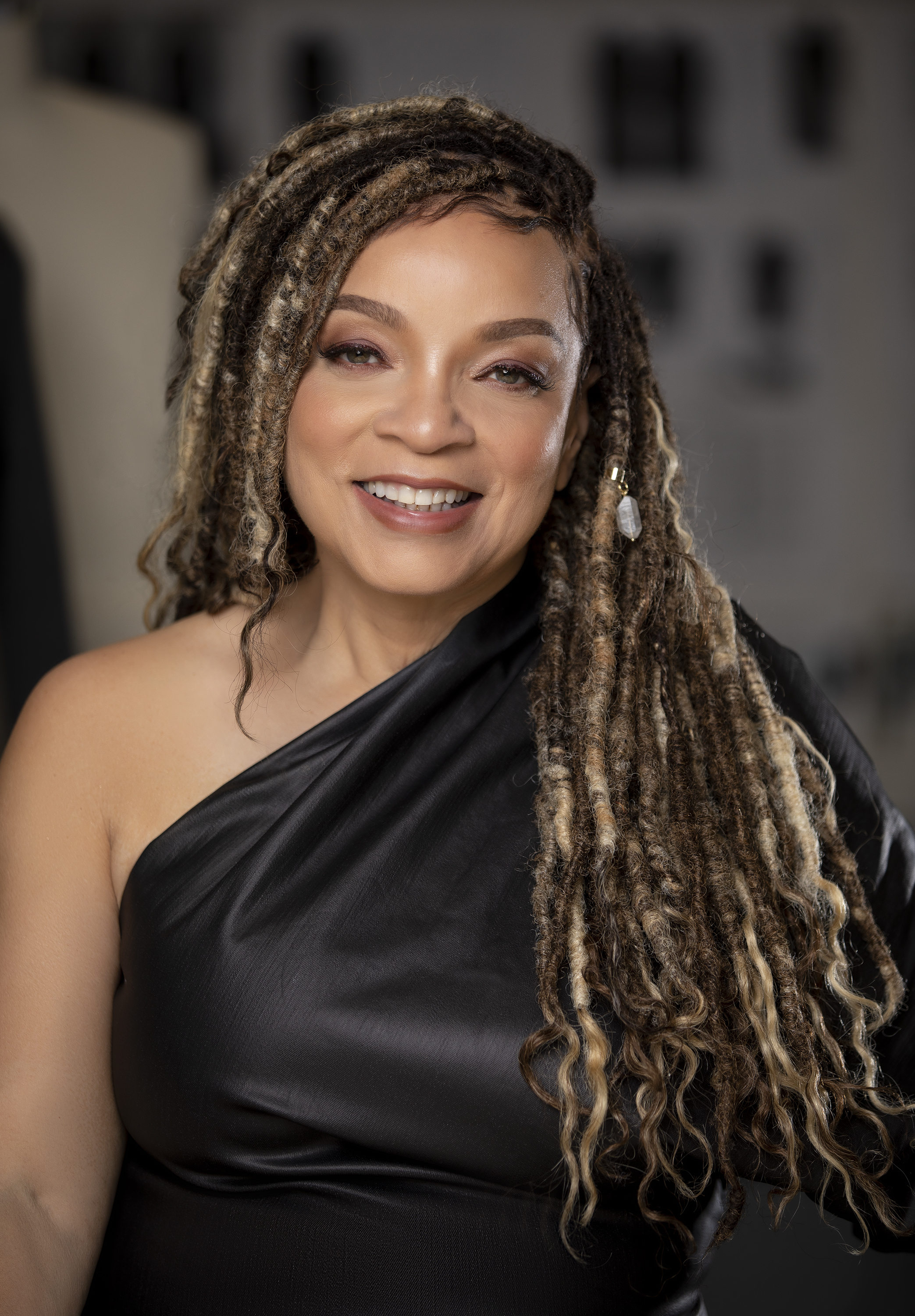 Ruth E. Carter is the 2019 Academy Award winner for Achievement in Costume Design for Marvel’s Black Panther making history as the first African-American to win in the category. Carter wows audiences and dazzles critics alike with costumes inspired by traditional African tribal wear merged with a contemporary look delivering fashion and function, incorporating technology, and creating such authenticity, ownership, and empowerment for the characters and viewers; cementing her as one of the preeminent voices and experts on Afro aesthetics.

A career spanning more than three decades in theater, cinema, and television, Carter’s depth of artistry flowing together with her creative instincts, passion for culture and history, empathy for people, enormous capacity for research, eye for detail, and ability to deliver the director’s vision while infusing her art makes her one of the most sought after and renowned costume designers in the world; earning her over forty film credits including two additional Academy Award nominations for Malcolm X (1993) and Amistad (1998) and an Emmy nomination for the reboot of television mini-series “Roots” (2016).

Carter has collaborated with a myriad of directors and visionaries starting with Spike Lee in School Daze, and working with him on 14 films including Do The Right Thing, which is archived in the Library of Congress, Malcolm X, Mo Better Blues, and Old Boy. She joined forces with Robert Townsend making the iconic Five Heartbeats, with Keenan Ivory Wayans in I'm Gonna Get You Sucka, and gritty Baby Boy and Rosewood with the late John Singleton. Carter also created the costumes and look for the pilot episode of Larry David’s “Seinfeld.”

Her breath of knowledge in African-American history and art was sought after by Steven Spielberg and Debbie Allen and for the incredible Amistad. Carter continued to present outstanding work for period ensemble films in Lee Daniels’ The Butler, Ava Duvernay’s Selma and Reginald Hudlin’s Marshall. Carter recently completed work on the first season of “Yellowstone,” a television series starring Kevin Costner and directed by Taylor Sheridan.

Carter’s brilliant bold 1970s urban dandy costume design work was recently seen in the Netflix film, Dolemite is my Name starring Eddie Murphy and directed by Craig Brewer for which Carter won the 2020 Critics’ Choice Award for Best Costume. She can also be seen in Netflix’s Original Documentary Abstract Season 2.

Her work is also featured in Coming 2 America, starring Eddie Murphy and directed by Craig Brewer, which premiered on Amazon on March 5th, 2021.

Carter is the first Costume Designer to cross over into fashion with a Conscious Collection collaboration with H&M featuring Carter’s 90's street inspired look from early films. Carter’s costumes tell stories so intriguing and memorable they influence music, fashion, culture, and film-making and help us to understand ourselves better.

Get your tickets on Eventbrite
https://bit.ly/mlkjazzbrunch2023

Light refreshments will be served

The National Day of Racial Healing is a time to contemplate our shared values and create the blueprint together for #HowWeHeal from the effects of racism. Launched on Jan. 17, 2017, it is an opportunity to bring ALL people together in their common humanity and inspire collective action to create a more just and equitable world.

Antisemitism and Racism in the Age of Kanye

Faculty panel on antisemitism and racism in pop culture rhetoric

How Evolutionary Biology Can Help us Navigate it All

C. Brandon Ogbunu is a computational biologist whose research investigates complex problems in epidemiology, evolutionary & population genetics, and evolution. His work utilizes a range of methods, from experimental evolution, to biochemistry, applied mathematics, and evolutionary computation. In addition to his faculty appointments, Ogbunu is a Contributing Editor to WNYC’s Radiolab, and he has written several popular essays for Wired (where he is a regular contributor).

Free and open to all

Thank you to our sponsors for making this event possible!

Office for Inclusion and Diversity

Diversity, Equity, and Inclusion Team at the Virginia Tech Carilion School of Medicine